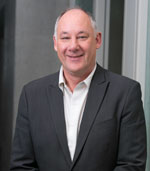 Bill Fisher graduated in UK as a geologist in 1979. He has extensive industry experience including a number of residential posts in Africa, Australia, Europe and Canada in both exploration and mining positions. Under his leadership, Karmin Exploration discovered the Aripuanã base metal massive sulphide deposits in Brazil. From 1997 to 2001 Mr. Fisher was Vice President, Exploration for Boliden AB, a major European mining and smelting company where he was responsible for thirty five projects in nine countries. From 2001 to 2008 Mr. Fisher led GlobeStar Mining Corp. from an exploration company to an emerging precious and base metal producer in the Dominican Republic, developing and operating the Cerro de Maimon copper/gold mine until it was sold to Perilya for $186 million. Mr. Fisher was also Chairman of Aurelian Resources which was sold to Kinross Gold in 2008 for $1.2 Billion after the discovery of the Fruta del Norte gold deposit in Ecuador. Mr. Fisher currently serves as an independent director of Horizonte Minerals (AIM: HZM), and Treasury Metals (TSX: TML) and the London(UK) based Andiamo Exploration and RAME Energy (LSE:RAME).