GoldQuest in the Dominican Republic

GoldQuest is a Canadian based mineral exploration company focused on gold and copper development in the Dominican Republic.  As the leading explorer in the Dominican Republic, the Company has had substantial success in discovering gold and other metals while establishing strong relationships with local communities.  Having published a National Instrument 43-101 (NI 43-101) technical report for its revised preliminary economic assessment for the Romero Project dated effective April 29, 2015 (the “Revised PEA”)(see press releases dated April 29 and June 2, 2015), the Company has commenced a technical program, including drilling, at the Romero Project. International mining consultants, SRK Engineering, are overseeing the geotechnical data collection suitable for a pre-feasibility study.

The drill program, consisting of six holes totaling 2,000 metres, is designed for a number of purposes, including detailed geotechnical logging of orientated drill core, covering the mine plan and the location of the decline designed to access the main Romero ore body. The program is also planned to upgrade the remaining inferred mineral resources included in the Revised PEA. Inferred mineral resources in the mine plan are 1.1 million tonnes, representing 16% of the Revised PEA’s mine plan tonnage where the remaining 6.6 million tonnes, or 84%, are already in the indicated mineral resource category. Work has started on other items recommended in the Revised PEA report, including further plant design, metallurgical test work and engineering, plus site investigation for future surface and sub-surface infrastructure and ongoing base line studies.

The 2014/15 exploration drilling in the Tireo Formation around Romero has discovered two large scale Romero-model sulphide-bearing hydrothermal systems, which will be further investigated in future drill programs.

Experienced Board & Management with Successful Mining Experience in the Dominican Republic

GoldQuest's History in the Dominican Republic

The Company commenced exploration in Dominican Republic in May 2001 by way of a regional stream sediment survey program of the Los Ranchos and Maimon Formations of the eastern DR, and an option to earn-in to projects controlled by a Vancouver-based exploration company. The Company completed a systematic, high-density, fine-fraction (-200#) regional stream sediment program covering an area in excess of 7,000 square kilometers at an average density of 1 sediment sample per 3.8 square kilometers. Together with an internationally recognized economic geological consultant, the Company developed a new geological model for the region. This has lead to a re-interpretation of the mineralization styles and recognition of porphyry copper and gold mineralization within the belt that hosts Pueblo Viejo, one of the largest high sulphidation gold deposits in the world. In November 2006 this geological model was published in Economic Geology**.

In return for fully funding Phase One, Gold Fields acquired a 50% interest of the targets identified within the project area. In 2004 Goldfields converted their 50% stake in the project into an approximate 10% equity stake in GoldQuest with all the projects reverting back to 100% GoldQuest ownership.

In 2006 GoldQuest entered into a new agreement with Gold Fields where Gold Fields could earn a 60% interest in select GoldQuest projects by spending US$5M over three years with a minimum expenditure of US$1M in the first year.

In 2010 GoldQuest closed a C$2.6M brokered and non-brokered financing, and appointed Bill Fisher to the Board of Directors, and Paul Robertson as the Chief Financial Officer. In July 2010, GoldQuest's drilling intercepts 26 metres of 11.4 g/t gold and 53 metres of 3.0 g/t gold at Las Tres Palmas. In November 2010, GoldQuest announced the inferred resource of 0.4 million ounces of gold at Romero South (formerly Escandalosa), and initialized Phase II drilling in the Domincan Republic.

Early 2011, Julio Espaillat was appointed GoldQuest's President & CEO, and Bill Fisher was appointed Chairman. Notable drilling intercepts include 36.5 metres of 2.74 g/t gold at La Escandalosa, and 29.0 metres of 2.18 g/t gold at Hondo Valle. A 1,200 metre drill program on GoldQuest's 100% owned La Escandalosa was completed in December 2011, with results including 28.0 metres of 3.57 g/t gold. In the second half of 2011 the Company completed ground IP geophysical program over La Escandalosa and to the north, identifying prominent chargeability trend.

2012 was a pivotal year for GoldQuest with the discovery of Romero in May, as well as the closing of several bought deal private placements totalling C$22.8 million. The Romero discovery hole, LTP 90, was the second last of a 15 hole program targeting the trend identified during the 2011 ground IP program. Hole LTP-90 reported 231 metres grading 2.4 g/t gold including 160.3 metres grading 2.9 g/t gold and 0.62 % copper. The Company expanded the drilling campaign to include four drills and initiated a second phase of ground IP to identify new target areas.

In 2013 the Company continued to define and grow the Romero mineralization, and by year end had completed a maiden NI 43-101 technical report with indicated mineral resources of 2.4 million ounces of gold equivalent and an inferred mineral resource of 0.8 million ounces of gold equivalent. With the release of the Romero Project mineral resources, the Company renamed the La Escandalosa deposit to Romero South. Throughout 2013 the Company expanded the ground IP coverage, identifying new targets in the area of Romero. The Company also increased its' granted concession landpackage by 50% in the Tireo formation with the Los Comios concession being granted.

In early 2014, the Company initiated a Preliminary Economic Assessment ("PEA") for the Romero Project, and completed an extensive airborne electromagnetic (ZTEM) survey over it's owned Tireo formation. To enhance the regional exploration program, a phase 3 ground IP program was initiated over favorable target areas identified in the airborne survey. In May 2014 the Company announced the results of the Romero Project PEA and commenced a 10,000 metre regional exploration drill program. 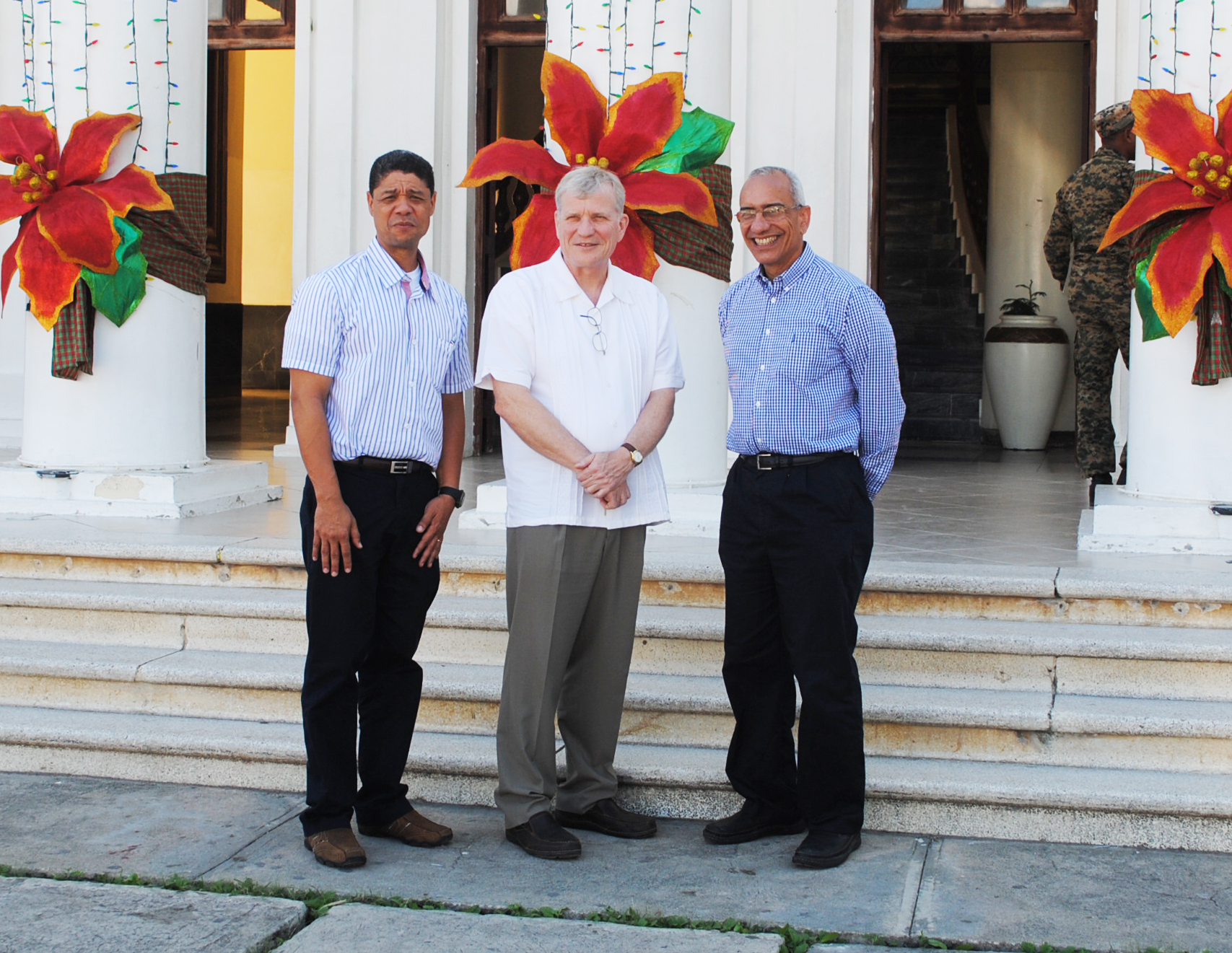